A textile is a flexible material consisting of a network of natural or artificial fibres (yarn or thread). Yarn is produced by spinning raw fibres

of wool, flax, cotton, hemp, or other materials to produce long strands. Textiles are formed by weaving, knitting, crocheting, knotting, felting, or braiding.

The related words “fabric” and “cloth” are often used in textile assembly trades (such as tailoring and dressmaking) as synonyms for textile. However, there are subtle differences in these terms in specialized usage. A textile is any material made of interlacing fibres, including carpeting and geotextiles. A fabric is a material made through weaving, knitting, spreading, crocheting, or bonding that may be used in production of further goods (garments, etc.). Cloth may be used synonymously with fabric but is often a piece of fabric that has been processed. 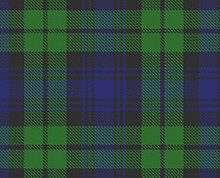 The first clothes, worn at least 70,000 years ago and perhaps much earlier, were probably made of animal skins and helped protect early humans from the ice ages. Then at some point people learned to weave plant fibers into textiles.

The discovery of dyed flax fibres in a cave in the Republic of Georgia dated to 34,000 BCE suggests textile-like materials were made even in prehistoric times.

The production of textiles is a craft whose speed and scale of production has been altered almost beyond recognition by industrialization and the introduction of modern manufacturing techniques. However, for the main types of textiles, plain weave, twill, or satin weave, there is little difference between the ancient and modern methods.

Textiles have an assortment of uses, the most common of which are for clothing and for containers such as bags and baskets. In the household they are used in carpeting, upholstered furnishings, window shades, towels, coverings for tables, beds, and other flat surfaces, and in art. In the workplace they are used in industrial and scientific processes such as filtering.

Miscellaneous uses include flags, backpacks, tents, nets, handkerchiefs, cleaning rags, transportation devices such as balloons, kites, sails, and parachutes; textiles are also used to provide strengthening in composite materials such as fibreglass and industrial geotextiles. Textiles are used in many traditional crafts such as sewing, quilting and embroidery.

Textiles for industrial purposes, and chosen for characteristics other than their appearance, are commonly referred to as technical textiles. Technical textiles include textile structures for automotive applications, medical textiles (e.g. implants), geotextiles (reinforcement of embankments), agrotextiles (textiles for crop protection), protective clothing (e.g. against heat and radiation for fire fighter clothing, against molten metals for welders, stab protection, and bullet proof vests). In all these applications stringent performance requirements must be met. Woven of threads coated with zinc oxide nanowires, laboratory fabric has been shown capable of “self-powering nanosystems” using vibrations created by everyday actions like wind or body movements.

Textiles are made from many materials, with four main sources: animal (wool, silk), plant (cotton, flax, jute), mineral (asbestos, glass fibre), and synthetic (nylon, polyester, acrylic). The first three are natural. In the 20th century, they were supplemented by artificial fibres made from petroleum.

Textiles are made in various strengths and degrees of durability, from the finest microfibre made of strands thinner than one denier to the sturdiest canvas. Textile manufacturing terminology has a wealth of descriptive terms, from light gauze-like gossamer to heavy grosgrain cloth and beyond.

Animal textiles are commonly made from hair, fur, skin or silk (in the silkworms case).

Wool refers to the hair of the domestic goat or sheep, which is distinguished from other types of animal hair in that the individual strands are coated with scales and tightly crimped, and the wool as a whole is coated with a wax mixture known as lanolin (sometimes called wool grease), which is waterproof and dirtproof.  Woollen refers to a bulkier yarn produced from carded, non-parallel fibre, while worsted refers to a finer yarn spun from longer fibres which have been combed to be parallel. Wool is commonly used for warm clothing. Cashmere, the hair of the Indian cashmere goat, and mohair, the hair of the North African angora goat, are types of wool known for their softness.

Other animal textiles which are made from hair or fur are alpaca wool, vicuña wool, llama wool, and camel hair, generally used in the production of coats, jackets, ponchos, blankets, and other warm coverings. Angora refers to the long, thick, soft hair of the angora rabbit. Qiviut is the fine inner wool of the muskox.

Wadmal is a coarse cloth made of wool, produced in Scandinavia, mostly 1000~1500 CE.

Sea silk is an extremely fine, rare, and valuable fabric that is made from the silky filaments or byssus secreted by a gland in the foot of pen shells.

Silk is an animal textile made from the fibres of the cocoon of the Chinese silkworm which is spun into a smooth fabric prized for its softness. There are two main types of the silk: ‘mulberry silk’ produced by the Bombyx Mori, and ‘wild silk’ such as Tussah silk (wild silk). Silkworm larvae produce the first type if cultivated in habitats with fresh mulberry leaves for consumption, while Tussah silk is produced by silkworms feeding purely on oak leaves. Around four-fifths of the world’s silk production consists of cultivated silk.

Grass, rush, hemp, and sisal are all used in making rope. In the first two, the entire plant is used for this purpose, while in the last two, only fibres from the plant are utilized. Coir(coconut fibre) is used in making twine, and also in floormats, doormats, brushes, mattresses, floor tiles, and sacking.

Straw and bamboo are both used to make hats. Straw, a dried form of grass, is also used for stuffing, as is kapok.

Cotton, flax, jute, hemp, modal and even bamboo fibre are all used in clothing. Piña (pineapple fibre) and ramie are also fibres used in clothing, generally with a blend of other fibres such as cotton. Nettles have also been used to make a fibre and fabric very similar to hemp or flax. The use of milkweed stalk fibre has also been reported, but it tends to be somewhat weaker than other fibres like hemp or flax.

The inner bark of the lacebark tree is a fine netting that has been used to make clothing and accessories as well as utilitarian articles such as rope.

Acetate is used to increase the shininess of certain fabrics such as silks, velvets, and taffetas.

Seaweed is used in the production of textiles: a water-soluble fibre known as alginate is produced and is used as a holding fibre; when the cloth is finished, the alginate is dissolved, leaving an open area.

Lyocell is a synthetic fabric derived from wood pulp. It is often described as a synthetic silk equivalent; it is a tough fabric that is often blended with other fabrics – cotton, for example.

Fibres from the stalks of plants, such as hemp, flax, and nettles, are also known as ‘bast’ fibres.

Glass fibre is used in the production of ironing board and mattress covers, ropes and cables, reinforcement fibre for composite materials, insect netting, flame-retardant and protective fabric, soundproof, fireproof, and insulating fibres. Glass fibres are woven and coated with Teflon to produce beta cloth, a virtually fireproof fabric which replaced nylon in the outer layer of United States space suits since 1968.

Metal fibre, metal foil, and metal wire have a variety of uses, including the production of cloth-of-gold and jewellery. Hardware cloth (US term only) is a coarse woven mesh of steel wire, used in construction. It is much like standard window screening, but heavier and with a more open weave.

Synthetic textiles are used primarily in the production of clothing, as well as the manufacture of geotextiles.

Polyester fibre is used in all types of clothing, either alone or blended with fibres such as cotton.

Acrylic is a fibre used to imitate wools, including cashmere, and is often used in replacement of them.

Nylon is a fibre used to imitate silk; it is used in the production of pantyhose. Thicker nylon fibres are used in rope and outdoor clothing.

Spandex (trade name Lycra) is a polyurethane product that can be made tight-fitting without impeding movement. It is used to make activewear, bras, and swimsuits.

Olefin fibre is a fibre used in activewear, linings, and warm clothing. Olefins are hydrophobic, allowing them to dry quickly. A sintered felt of olefin fibres is sold under the trade name Tyvek.

Ingeo is a polylactide fibre blended with other fibres such as cotton and used in clothing. It is more hydrophilic than most other synthetics, allowing it to wick away perspiration.

Lurex is a metallic fibre used in clothing embellishment.

Milk proteins have also been used to create synthetic fabric. Milk or casein fibre cloth was developed during World War I in Germany, and further developed in Italy and America during the 1930s. Milk fibre fabric is not very durable and wrinkles easily, but has a pH similar to human skin and possesses anti-bacterial properties. It is marketed as a biodegradable, renewable synthetic fibre.

Carbon fibre is mostly used in composite materials, together with resin, such as carbon fibre reinforced plastic. The fibres are made from polymer fibres through carbonization.